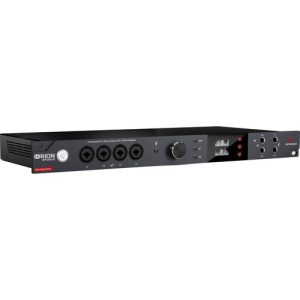 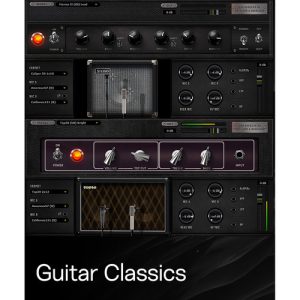 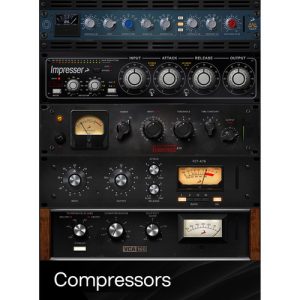 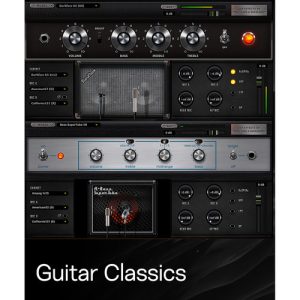 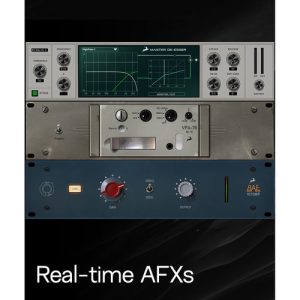 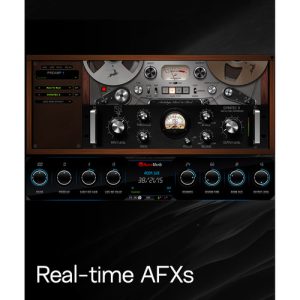 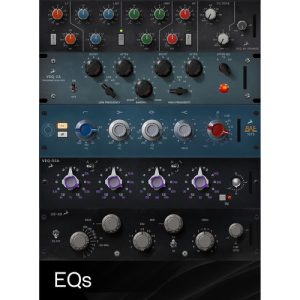 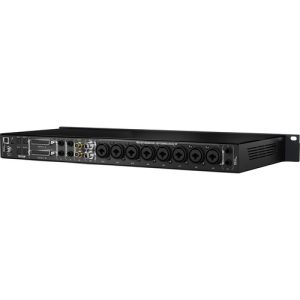 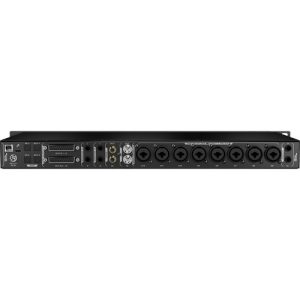 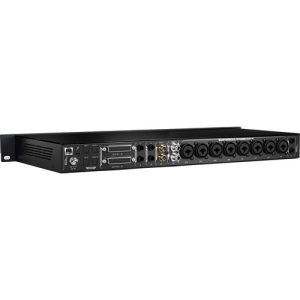 Serve all your monitoring, tracking, mixing, and home-mastering needs with the Orion Studio Synergy Core from Antelope. This interface gives you four XLR-1/4″ inputs that handle mic, line-level, and Hi-Z instrument signals. Eight more preamps handle line and mic signal on XLR-1/4″ inputs. You can expand the I/O over ADAT, and input up to 32 channels over Thunderbolt 3, or 24 channels over USB 2.0 Type-B.

Multiple line outputs can be connected over a DB25 breakout cable, and with two insert points, you can route external gear into the signal path. Need to reamp a guitar part? Now you can, thanks to two reamp outputs. Though the preamps have been designed with sonic transparency in mind, they can be bypassed entirely, should you want to output directly to the unit’s converters.

The interface itself boasts the acoustic clocking made famous by Antelope for rock-solid stability as well as increased detail and separation in musical performances. You can sync other devices to the clock thanks to wordclock BNC connections.

The Orion Studio Synergy Core is outfitted with two FPGA chips and six ARM-based DSP processors to handle Antelope’s ecosystem of modeled plug-ins, which leverage FPGA technology to deliver emulated pieces of real-world gear in precise detail. There are 50 plug-ins from Antelope included with the interface, and more are available on Antelope’s webstore.

Antelope has gone to great lengths to secure a solid sonic performance with 130 dB of dynamic range at the monitoring outputs and a conversion stage that aims to rival mastering converters used in monitoring. Use this interface for anything that demands the attention of 12 audiophile-grade DACs, low-latency performance, a quiet noise floor, and high sample rates.

FPGA Processing
The Orion Studio brings Synergy Core FX processing platform to its next stage of evolution. With two proprietary Field Programmable Gate Array (FPGA) chips and six ARM-based DSP processors onboard, the computing power contained in this interface is more than enough to handle most sessions.
Included FX

The unit comes with fifty real-time effects, including:

Record and monitor with maxed-out effects chains at high sample rates and low buffer sizes, all without taxing your CPU. You can enjoy latency-free direct monitoring over 4 independent internal mixers with 32 assignable inputs and stereo outputs.
12 Discrete Preamps
The outcome of a long hard look into iconic microphone preamp circuitry are discrete transistor pres that embody well-renowned audio engineering practices, all while accommodating Edge and Verge modeling condenser microphones.
Go Direct into Converters
All Orion Studio Synergy Core analog inputs have a direct-in feature. This allows you to bypass the preamp controls and record line-in signals directly into the converters.
Analog and Digital Flexibility
There’s no task too big or too small for the Orion Studio Synergy Core. Record high-impedance instruments, such as the electric guitar through four Hi-Z inputs, and ability to reamp tracks through the special purpose reamp outputs and inputs. Take advantage of all 16 line outputs on DB25 connectors. Handle digital audio via S/PDIF and ADAT. Freely route all incoming and outgoing audio from an intuitive software routing matrix. Then, hear the results from two pairs of headphones or studio monitors. You’ll also find an integrated talkback microphone.
Software Control Panel
The software control panel is the mediator between the Orion Studio Synergy Core and your DAW. Handle gain adjustments, signal routing, effects processing, mixing, and metering from a single window. Route the resulting audio into your DAW for recording in formats of your choice, such as multitrack, stem, and two-channel stereo. Gone DAWless? Route any audio to any output and take it to the recording medium of your choice.
130 dB Dynamic Range
With an array of 12 audiophile-grade DACs, capable of up to 192 kHz sample rates and 130 dB dynamic range conversion at the monitor outputs, Orion Studio Synergy Core is capable of handling a wide range of audio material. Capture your voice, instruments, or mixing desk outputs exactly as they sound, with precision.
64-Bit Acoustically Focused Clocking
The pioneer of atomic clocking in pro audio, Antelope Audio incorporates more than 20 years of expertise in its audio interfaces. The proprietary 64-bit Acoustically Focused Clocking jitter management algorithm helps deliver the kind of artifact-free audio once accessible only to the most prestigious studios. Furthermore, with the Word Clock outputs, you can distribute highly stable clocking across the rest of your digital gear to have everything running smoothly in sync. 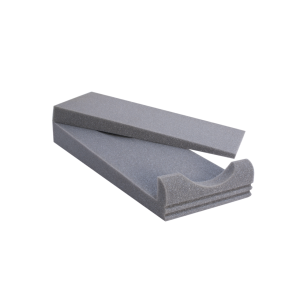 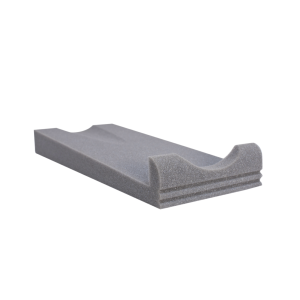 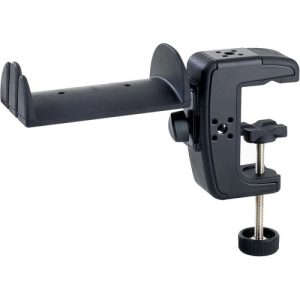 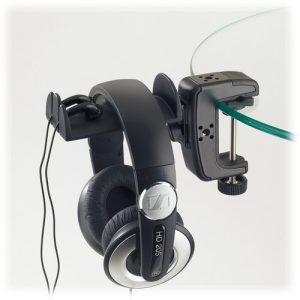 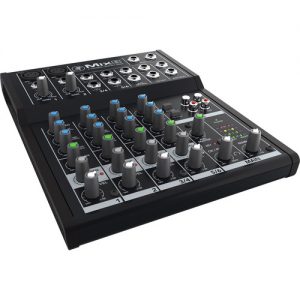 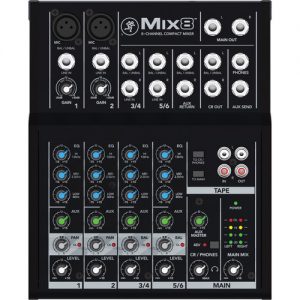 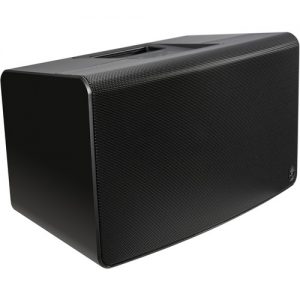 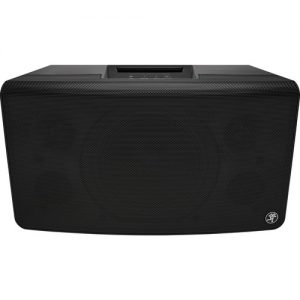 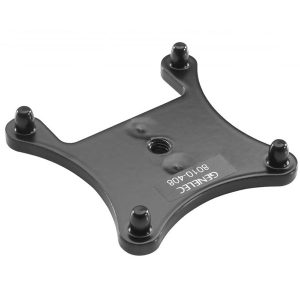 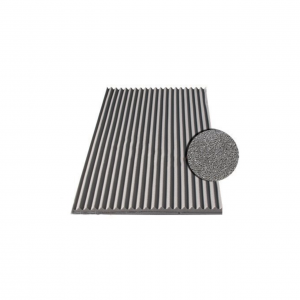 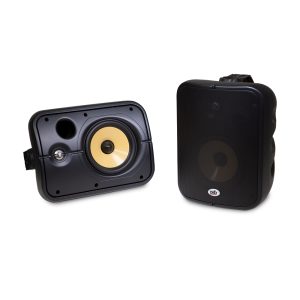 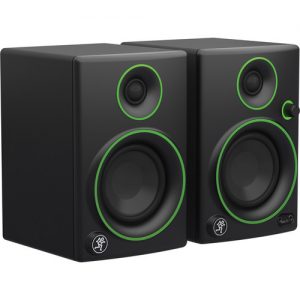 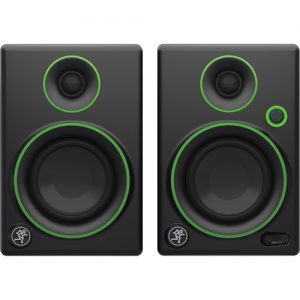 €100.00 (inc tax)
Add to cart
We use cookies on our website to give you the most relevant experience by remembering your preferences and repeat visits. By clicking “Accept All”, you consent to the use of ALL the cookies. However, you may visit "Cookie Settings" to provide a controlled consent.
Cookie SettingsAccept All
Manage consent