Do your ears a favor… “entry-level” never sounded so good.

It might be the most compact in the family, but Emit 10’s performance belies its size.

Emit 10 is the ideal choice if you have limited space. It’s capable of surprising bass performance, but it won’t overwhelm the room even when cranked to neighbor-bothering volumes – and it has the added advantage of not requiring a lot of space behind it, so you can put it close to a wall.

And if you’re going all-in on a home cinema set-up, then Emit 10 also performs perfectly both as a front or rear channel for your 5.0 or 5.1 surround-sound system. 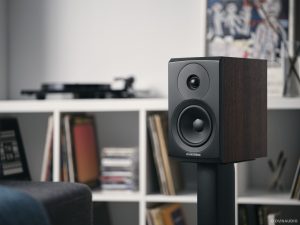 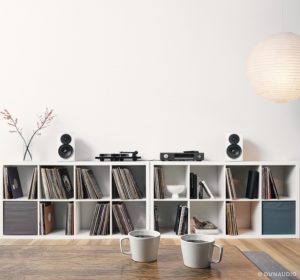 Emit 20 is a full-size, standmount speaker and fares equally well in a stereo pair or as part of a more complex home-cinema set-up with nothing short of jaw-dropping performance. Use it for your front and rear surround channels and experience a little more ‘oompf’ in your 5.0- or 5.1-channel configuration. 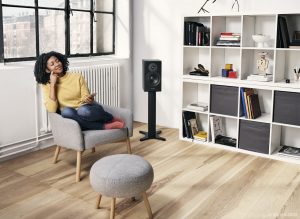 If you’re looking for a little more power from your system, you’ve found it. Emit 30 is a compact two-and-a-half-way speaker designed to impress whether it’s used as a stand-alone stereo pair or as part of a 5.1-channel (or more) home cinema. 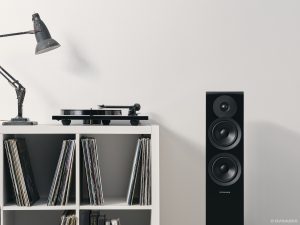 A pair of big floor-standing speakers makes a statement. With Emit 50 that statement is both sonic as well as visual. No compromises.

Whether you want to build a powerful stereo system, or really give your multi-channel films and music Blu-rays a boost in a medium to a large room, Emit 50 has you covered. 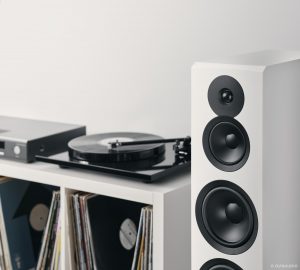 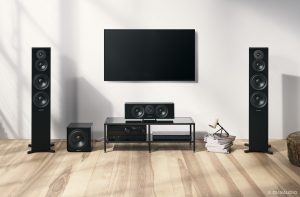 Emit 25C is a dedicated centre channel for multi-channel systems. 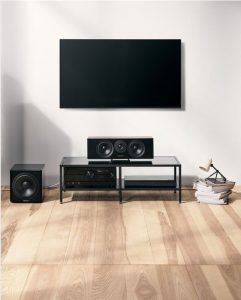